With the election of Barack Obama and his verbal commitment to increase public access to governmental data, the time has come to address the dismal level of public access to criminal justice related information in Chicago.  The recent temporary assignment of a 14 year old to the rank of Chicago Police patrol officer only highlights the deficiencies that are present in our criminal justice system. American history is replete with examples of the disinfecting power of Sunshine on government waste, corruption, and ineptitude.  The criminal justice system in Chicago has countless examples of all of the above as well has being littered with dedicated public servants held prisoner by poor policies and management. 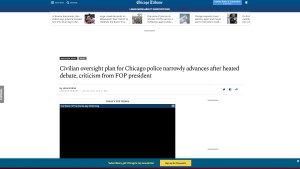 After five years of pushing from activists and communities of color the community commission has finally passed the City Council. Its passing has been hailed 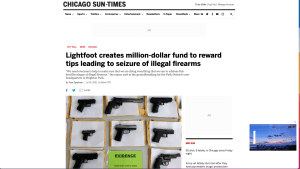 Mayor Lightfoot established a fund to incentivize people from the community to come forward and provide tips on people that possess guns illegally. At initial