Chicago Justice Project is the fuel for justice throughout Chicago’s many communities. We empower communities to challenge justice system policies and practices with evidence-based analysis. Our work creating targeted advocacy campaigns and innovative data systems stimulates change based on real evidence.

We envision local justice systems around the country empowering community members to become co-creators of safety and justice in their communities through data transparency.

Tracy founded the Chicago Justice Project (CJP) as a result of spending years working within various criminal justice systems and seeing the misconduct and lack of transparency that existed there. His mission is to provide and use evidence-based analysis as a way to challenge justice system policies and practices. He has dedicated his career to exposing system injustices and racism, and in the process has brought to light many issues that exist in the Chicago police department, as well as police departments in Washington, D.C. and Maryland.

Tracy’s work to connect data across the justice system has uncovered trends in agency practices. As a result, he has engaged in public advocacy campaigns, litigation, and relationship building with policymakers and justice agency leaders as a way to open data to help stop systemic injustices. He regularly testifies in front of local governmental bodies on justice related issues and is frequently sought out for opinions on pending legislation by local policymakers. He has been a driving force behind the creation of state-of-the-art websites making justice system data available to the public, policymakers, and the media. Tracy regularly appears in media, such as Newsweek, the New York Times, Crain’s Chicago Business, the Guardian, MSNBC and others, advocating on behalf of the benefits of transparency and the need for accountability in the Chicago justice system.

Through weekly podcasts, Tracy interviews a broad range of experts, from professors and criminologists, to Alderpeople, journalists and others.

He received his Master of Arts degree in Criminal Justice at the University of Illinois and is currently working towards his PhD in criminology, law and justice. 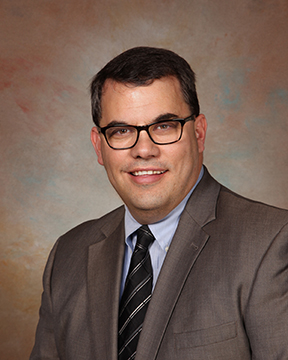 Zach is the Director of Communications at Prevent Child Abuse America. A graduate of the James Madison College at Michigan State University, Zach began his career as a lobbyist in Michigan before moving to Chicago and entering the non-profit world. Prior to joining Prevent Child Abuse America in 2013, he worked in communications for the Survivors Network of those Abused by Priests, an international non-profit for victims of institutional sexual abuse. Zach has been a volunteer for the Chicago Justice Project since 2010.

David Melton is a semi-retired attorney, who graduated from the University of Wisconsin-Madison with an undergraduate degree in history in 1974 and from the University of Chicago Law School with a J.D. degree in 1977. He spent his initial ten years in practice focusing mainly on commercial litigation, before shifting his attention to intellectual property litigation (consisting primarily of patent and trade secret cases) over the last 25 years of his career, which he spent at large Chicago and national firms. He largely retired from the practice of law in 2009, but remains active in bar associations and law reform efforts in areas of campaign finance and election law, civil liberties (including police oversight) and intellectual property. Between 1996 and 2012, David actively participated in evaluating judicial candidates in contested and retention elections, while holding various positions with the Chicago Council of Lawyers, including President of that organization between 2001 and 2003. David remains a member of Council, co-chairing its Civil Liberties Committee. He also continues to serve as a Board member of the Chicago lawyers chapter of the American Constitution Society, the Criminal Justice Project, as well as an active member of the Linn Inn of Court. David has been active in a variety of law reform efforts and related litigation, beginning with consumer advocacy work during his student years at the Mandel Legal Aid Clinic. Later efforts included pro bono litigation in the the 1980’s concerning the 1989 Chicago mayoral election, in the mid-1990s to force the State of Illinois to comply with the provisions of the federal motor-voter legislation (making it easier to register to vote), and in the 2010s concerning the constitutionality of the Illinois campaign finance limits. In May, 2013 David joined the Board of the Illinois Campaign for Political Reform and in July, 2013 he assumed the position of Executive Director. There he worked with the ICPR Board, and its Chairperson, former State Senator Susan Garrett, to restructure the organization and to head its efforts to promote the adoption of small donor matching systems to finance local elections in Illinois. At the end of 2015 he passed the executive directorship to Sarah Brune, though he remains active with ICPR as a Board member, Treasurer and Senior Advisor. He continues to speak to local groups about judicial selection reform campaign finance in the United States and the need for fundamental reform to reduce the impact of large donors and special interest money in our election system. David is a resident of Evanston, where he lives with his wife Nancy and where they raised their two children.

Mr. Pellis is the founding and managing partner of the Chicago office of Leech Tishman. Pellis’ diverse practice spans the firm’s Corporate, Construction, environmental, energy, litigation and Real Estate Practice groups. his substantial experience interacting with the insurance industry, where he is skilled in negotiating and drafting contract and insurance language, helps clients mitigate risk.

Paul Steadman is a trial lawyer at DLA Piper with a practice in complex patent trade secret, trademark, copyright and other IP-related litigation. He has a degree in Materials Science Engineering from Rice University and a law degree from the University of Chicago. Since 1995, he has been at various times been active in pro bono litigation on behalf of the mentally ill, religious groups fighting white supremacist groups misusing their trademarks, artists, private schools, housing rights activists, and many other causes. Paul joined the board of CJP in 2016.