In September of last year, Chicago Mayor Lori Lightfoot announced a plan to combat gang-related violence by allowing the city to sue gang members for their assets.

“If we are successful,” she said in a statement, “we will seize their assets and disrupt the financial lifelines that support this criminal activity and fuels their dominance in our city.”

2021 was Chicago’s most violent year in nearly three decades, with over a thousand homicides recorded in Cook County and with Black Chicagoans dying at disproportionately high rates. Violence in the city has declined slightly in 2022, though it remains on track to be one of the most violent years of the 21st century. The mayor’s proposed “Victims’ Justice Ordinance” seeks to help stem the bloodshed, but experts and activists have harshly criticized the proposed ordinance as ineffective and harmful, and based on a faulty understanding of the root causes of crime.

John Hagedorn, Professor Emeritus of Criminology, Law and Justice at the University of Illinois at Chicago, told the Chicago Justice Project that the plan “doesn’t fit with reality.” Hagedorn, who has consulted on over 70 gang-related court cases, cited a body of scholarly research finding that Chicago’s gangs are no longer the “well organized” operations described by Lightfoot in her announcement.

“There were corporate gangs,” he said, “from the 70s through the 90s, but that’s not what we’re dealing with today.”

Today’s street gangs, he explained, are far smaller, less hierarchical and less profitable than their predecessors. Much of the trend is attributable to the breakup of Chicago’s high-rise public housing, where many of the city’s gang members were based, and the use of “street corner conspiracy busts” to apprehend and imprison gang leaders. Old gang ties were severed and old territorial divisions gave way to a new patchwork of small cliques. Where gang violence was once linked to battles over lucrative drug markets, today it is far more likely to be personally motivated and exacerbated by poverty.

“It’s not the sort of thing that you can deter by kicking the leaders off the scene, or cutting off the head of the snake,” Hagedorn said, “those things are based on gangs that ceased to exist in the Black community more than a decade ago.”

Civil suits against gang members have a nearly three-decade history in Illinois. State’s Attorneys were given the power to sue gang members by the 1993 Illinois Streetgang Terrorism Omnibus Prevention Act, which cited in its preamble the need to focus on “patterns of criminal gang activity and upon the organized nature of streetgangs, which together have been the chief source of their success.”

State’s Attorneys in nearby counties have used the law sporadically since its implementation. In Kane County, for instance, four such lawsuits have targeted several dozen local residents, most recently in 2016, according to court records. In addition to seeking monetary damages, state’s attorneys have also used civil suits as a way to disrupt gang activity through injunctions that bar defendants from certain activities, including associating with one another or with other suspected gang members.

These lawsuits have sometimes been used in an attempt to induce an attempt to In 2017, five years after six defendants settled a suit brought by the McHenry County State’s Attorney’s office by each agreeing to pay $12,000, then-Assistant State’s Attorney Jana Blake told a local newspaper that “[a]s far as I know, no money has been collected, but it isn’t about the money… it is about making the area inhospitable so gang members leave.”

It’s an approach that Hagedorn says is ill-suited to Chicago’s neighborhood-based cliques.

“There’s a stereotype of a gang that they’re infesting a neighborhood,” he said. “It feeds the brutal tendency of police to come in and treat these young people like they’re monsters, or they’re a virus that can be stamped out, or rats who need to be cornered and all the language that they use and gets used in court all the time, rather than as young people are trying to figure out how the hell to live.”

So far, the Cook County State’s Attorney’s office has declined to bring civil suits against gang members under the 1993 law. Lightfoot’s proposal would give similar powers to the City Corporation Counsel. Angela Inzano, a policy and advocacy specialist at the ACLU of Illinois, told the Chicago Justice Project that the move would mean less democratic oversight and public accountability.

“Cook County State’s Attorney Kim Foxx has the power to bring these lawsuits. She and her office have felt that it isn’t a good use of resources and that is their prerogative. The Corporation Counsel reports to the mayor, and is not an elected position. So we definitely have concerns about that.”

Inzano also raised concerns about the broadness of the mayor’s proposal.

“It’s extremely vague in terms of who it targets,” she said, “So while the mayor has stated that it would be used to target gang leadership, that isn’t what is stated in the ordinance. It says a street gang ‘member,’ and that definition could include parents or caretakers, families, friends.”

The result, Inzano fears, could be asset seizures from people only loosely tied to gang violence and serious financial damage to already underserved populations.

“Communities that have already been disinvested in are going to be targeted for further draining of financial resources, which is the last thing that we need, and we know that there are evidence-based violence-reduction strategies that the mayor can and should be continuing to invest in,” she said.

Four months after its announcement, the Victims’ Justice Ordinance is still generating controversy. The legislation had previously stalled after it was sent to the City Council’s Public Safety Committee in November. Lightfoot has since renewed her efforts to see it passed, advocating for the plan during a January 4th press conference with Chicago Police Chief David Brown. The renewed push from the Mayor has drawn a new spate of criticism from the legislation’s opponents.

On January 13, Cook County public defender Sharone Mitchell sent an open letter to members of the City Council in which he urged them to vote down the Victims’ Justice Ordinance, writing that the plan “risks being merely a distraction from other solutions that have already been proven effective and that my office’s clients desperately need.”

In the letter, Mitchell warned that the plan would “[m]isuse the City’s finite legal resources” and “[c]reate new legal and political liabilities for the City in the form of civil rights lawsuits and negative press.”

Lightfoot, for her part, has persisted in her support of the plan. Ahead of a January 21st meeting of the Public Safety Committee in which the Victim’s Justice Ordinance was discussed, Lightfoot rebuffed concerns over the proposal’s potential harms, telling reporters that “[t]his is not an effort to try to take grandma’s house, as a lot of people I think expressed concerns about.”

“Our goal is to have another tool at our disposal so that we can take action in the fight against these violent criminal gangs, who are terrorizing residents in the city of Chicago,” she added.

It’s a line of argumentation that Lightfoot’s critics have not found convincing. To Sharlyn Grace, a senior policy advisor in Mitchell’s office, a destructive new tool is worse than nothing.

“In response to our office and other advocates pointing out that there’s no evidence that this will reduce gun violence, the response has often been, ‘well, we just have to try it, we have to try everything,’ ” she said. “This ordinance will make the situation worse.”

While the economic impact of lawsuits targeting gang members has not been the subject of significant research, investigations into other forms of civil asset forfeiture have raised serious concerns about the practice. A 2016 report by Lucy Parsons Labs and the Chicago Reader found that the Chicago Police Department was seizing millions of dollars in assets from city residents each year, with the funds forming an “off-the-books” revenue stream insulated from public scrutiny. The seizures, the report also found, disproportionately impacted poor and minority communities. In 2017, the Illinois legislature passed a law aimed at curtailing the practice of civil asset forfeiture through more robust protections for property owners and stiffer transparency requirements for law enforcement.

“I’m really dismayed to see some of these same failed policies being brought up over and over again,” he told the committee members.

Mayor Lightfoot’s office did not respond to a request for comment from the Chicago Justice Project.

Alex Dalton is a fourth year at the University of Chicago and CJP Intern. He serves as a features editor at The Chicago Maroon 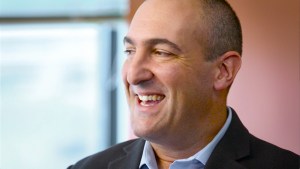