Who Knew about the David Brown Suspension?

The Chicago Justice Project uncovered a past suspension of Superintendent David Brown during his career in the Dallas Police Department. According to his personnel file, obtained by CJP through a FOIA request, Brown was suspended after pursuing a vehicle into oncoming traffic and submitting multiple reports containing false information. Due to the unusually rushed nature of this Superintendent selection process, it is unclear if members of the Chicago City Council had adequate time to conduct an in-depth review of Brown’s background and discover that he had lied multiple times during an internal investigation to cover up misconduct. Read more about the details of the suspension of David Brown here.

When searching for a new Police Superintendent, the Police Board usually announces three finalists to the mayor and public after reviewing all applicants. The mayor then interviews the finalists with ample time and opportunities for public vetting, feedback, and other methods for community input. Then after the Mayor appoints a finalist there is a confirmation hearing and vote by the Chicago City Council.

Under Chicago city ordinance, this selection process is led by the Police Board. However, Mayor Lightfoot conducted private interviews of the finalists before their names were made public. She then chose Brown for the position just a day after the names were made public on April 1, 2020. Additionally, Lightfoot stated that she had been considering Brown for the job since December 2019 after Eddie Johnson was fired. The Chicago Sun-Times even reported that the Police Board knew Lightfoot wanted Brown and chose two less qualified candidates as finalists to make the choice more obvious. These actions led many to question if she had subverted the selection process for superintendent, as former Mayor Rahm Emanuel had done with Eddie Johnson’s appointment.

During Brown’s nearly four-hour long confirmation hearing his suspension was not brought up at all. The visualization below categorizes each question for Brown during this hearing by Alderperson and topic. 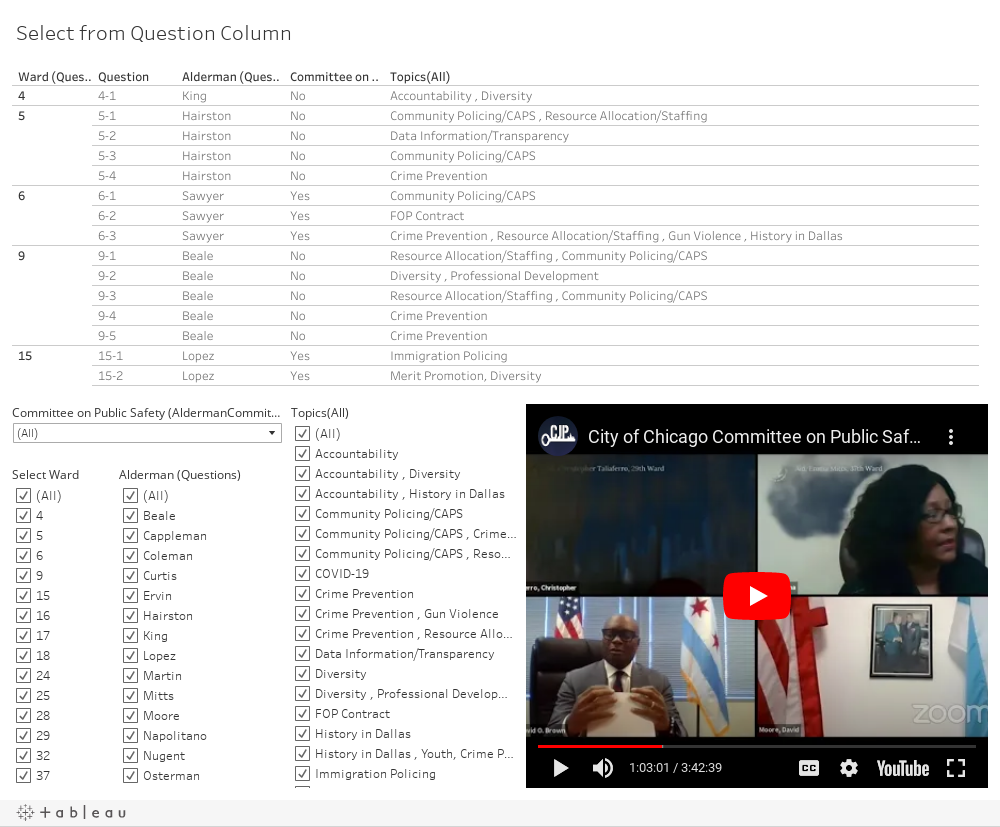 Did Lightfoot and the Police Board know about Brown’s suspension? Was his suspension noted at all in this rushed selection process? Did members of the Chicago City Council have enough time to look over his record before confirming him?

While only the Chicago City Council and Police Board members can answer these questions, we can look at media coverage of Brown’s suspension to uncover what information was available to the public. In CJP’s research into media surrounding Brown’s confirmation, we found no coverage of his suspension. CJP found that his suspension was not reported on in a review of over 1,500 articles covering Brown’s confirmation process from the Chicago Tribune, Chicago Sun-Times, CBS 2, NBC 5, ABC 7, WGN 9, and Fox 32.

In fact, the only articles we could find mentioning his suspension were from The Dallas Morning News in 2010, after he was named the Dallas Police’s first assistant chief, and a 2016 timeline of his career. This indicates that at least some information regarding Brown’s suspension was publicly known but the Chicago media did not conduct an adequate investigation of Brown’s history in Dallas.

The combination of the media’s failure to report on Brown’s history and the rushed superintendent selection process meant that the public was unable to judge the appropriateness of Brown’s nomination and confirmation.  As Brown wrote in Called to Rise: A Life in Faithful Service to the Community That Made Me, “ trust is the most important factor between a community and its police force, and the only way to earn it is through complete transparency” (Brown, 252). We hope that Brown will take action to support his belief in transparency so that the community of Chicago does not lose out on important and relevant facts again.

Lauren Cole graduated with a B.A. in political science and human rights from the University of Chicago and will begin pursuing a master’s in public policy at the Harris School of Public Policy this autumn. Lauren has been immersed in local and state politics since moving to Chicago, with involvement in local campaigns and legislative advocacy organizations. She joined the Chicago Justice Project this spring to conduct public policy research. 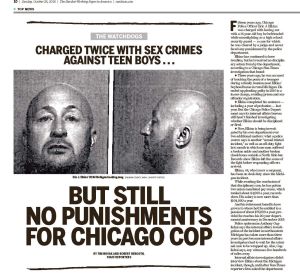 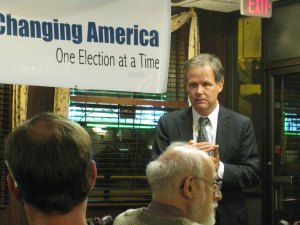