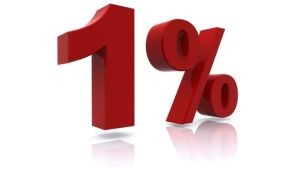 Spielman is at it again with a completely contrived political story devoid of context featuring FOP President John Catanzara. The FOP dropped a notice to her that they wanted a story in the news, and of course, Spielman lapped it up. By seeking and exploiting outrageous quotes (per her usual style), Spielman produces this useless click-bait story about former Mayoral candidate Paul Vallas (who by the way finished 9th) helping the Fraternal Order of Police in their contract negotiations with the City.

If she really wanted to do a story on this topic she would need to do the following to add real context to the story:

Here are some quotes I love on Vallas from Fred Klonsky’s blog:

“Paul Vallas has headed school districts in Chicago, Philadelphia, Bridgeport, Connecticut and New Orleans and has been chased out of every one of those cities.”

“Paul Vallas helping the FOP might be good news for the Mayor. He is a reverse Midas. Everything he touches turns to shit.”

I have no idea why this title was selected and honestly, I doubt the journalist or the editor know either. I am sure it is geared for click-bait. There is nothing last stand-ish about the current situation with the FOP. It might be Catanzara’s last stand as he is stripped of his police powers and could be fired.

On to a couple factual errors in the story:

“First is a hearing with the CPD’s Bureau of Internal Affairs (for complaints from within the department) or the Civilian Office of Police Accountability (for complaints involving civilians, including use of force, firearm discharge, and domestic abuse)”

The Citizen Office of Police Accountability (COPA) and the Internal Affairs Division (IAD) of the Chicago Police Department (CPD) do not hold any hearings. They investigate the complaints and if sustained they recommend discipline.

While complaints come from both inside and outside the CPD they are not as siloed as the author wants you to believe. They are segregated by the content of the complaint and not by where they come from. Also, COPA can keep a complaint that comes from anywhere as long as it has some element of the types of complaints they are statutorily required to investigate.

“Yes, it is true that during his 25 years on the force, there have been 50 complaints made against Catanzara — he was punished for nine, resulting in seven suspensions for a total of 86 days — and, yes, that is an unusually high number, but it doesn’t even put him anywhere near the top of the list of officers with the most allegations.”

I am not sure where Aimee Levitt got her information, but according to the Citizen Police Data Portal Catanzara is in the 99.7th percentile for complaints against officers and the 91st percentile for allegations coming from civilians. I might be wrong but that sounds like he is pretty much on the very top of the heap.

Also, it would be nice if some journalist in Chicago who interviewed Catanzara would challenge his support for Trump by making him comment on all the racist and horrific things Trump has said and done. I mean, if you are going to display a tweet from the man on your desk you certainly should have to take ownership for his statements as well.

All I can say is it sure seems like some independent prosecutor should be digging in to the allegations made in this civil complaint. Cook County found it necessary to create a special prosecutor to investigate if there was corruption involved in the dropping of charges against a moronic celebrity who faked a hate crime to drum up publicity and keep himself on a television show. This seems like a little more important than that. If indeed Cynthia Donald was forced to travel across state lines with Johnson, then it certainly seems like federal investigators should be opening their own investigation.

This case is a perfect example why the pensions of police officers should be tied to their participation in investigations about their “on the job” activities even after they retire. COPA has the authority to open an investigation based on nothing more than a credible civil complaint. If Johnson and other retired officers refuse to participate, their pensions should be in jeopardy.

As for the actual article from Patrick Smith, it seems to me that he could have asked both the Cook County State’s Attorney’s Office & the US Attorney’s Office if they plan on opening an investigation. He also could have talked to a couple legal experts to see if the allegations contained in the complaint describe criminal conduct if proven. This would have provided readers with more context than what we were provided in this piece.

The South Side Weekly’s story on how Kim Foxx & Republican Pat O’Brien differ on how protestors should be prosecuted is a pretty good piece. It is definitely worth the read.

Brown’s Truth is the Quintessential Argument for Defunding the Police

“You know why we hired you? Because your backgrounds said you knew right from wrong. You won’t learn that at the academy,”

Yup. This is the Superintendent of the Chicago Police Department David Brown saying his own police academy will not teach recruits right from wrong.

Wow. I certainly expected to hear this from the Black Lives Matter movement or the Grassroots Alliance for Police Accountability, but not from Brown.

I believe Brown is telling the truth here. This is the very reason why police forces in Chicago and across the country need to be defunded. There is no way we can continue to dump $1.5 billion plus a year into an institution that is fundamentally broken.

Sadly, our Mayor has rejected to even engage in a discussion of what defunding the police could look like in Chicago. I believe this to be a truly fundamental mistake.

You should read this story because, despite the epic admission from Brown, the story itself is actually only 493 words and has just one source: Brown. In fact, it is pretty much a regurgitation of points made in Brown’s speech.

This should have been a launching point for a much deeper dive into the police academy’s curriculum and just what they hell they are teaching new recruits.

I doubt Smith knows this, but as the Department of Justice Civil Rights Investigation heated up, the CPD sent their academy trainers to the Los Angeles Police Department academy (thought to be the best academy in the country) to be trained in their methods and curriculum and to bring that back to Chicago. At the same time, clouted attorney Michael Bromwich was hired by the law firm representing the City in the DOJ’s investigation. Bromwich was hired over the objections of police brass.

Bromwich was tasked with researching the police academy’s curriculum and creating a new one. It seems that the neither the CPD sending their people to be trained in LA nor Bromwich’s work led to the academy being able to train their recruits to determine right from wrong. 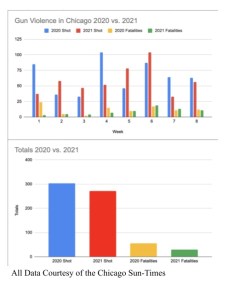