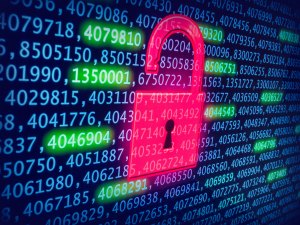 The Chicago Police Department’s (CPD) new Officer Support System (OSS) may sound good in concept, but is actually just the latest release of a failed system. The reporting on this new OSS, most commonly known throughout the justice field as an early warning system, lacks the historical context to show how CPD has failed to appropriately use this desperately needed tool.

The CPD has been down this road before (Announcement of BrainMaker_tribune) at a time when the Fraternal Order of Police (FOP), the largest of Chicago’s police unions, was headed by a less extremist president. Bill Nolan was the FOP President in 1994 when the CPD first attempted to introduce an early warning system (EWS). Nolan, unlike current FOP President John Catanzara, managed to maintain his police powers for his entire term as president. Catanzara won his election while being stripped of his police powers and under an investigation that may very well see him lose his job with the CPD in the not too distant future. Catanzara is still under investigation today.

Catanzara is the subject of an ongoing research project we hope to publish later this fall. He has over 45 complaints filed against him and multiple suspensions.

The CPD’s original attempt at an EWS, called BrainMaker, was announced by Supt. Matt Rodriguez on Friday July 1, 1994. At the time, Nolan responded, “We’re very wary of it” because “it’s another form of Big Brother watching you.” It’s exceptionally ironic for the leader of a police union to be complaining about being watched by Big Brother.

Like this recent iteration of the EWS, the 1994 system was not part of the disciplinary process. It was pitched as an intervention system that would identify officers in need of intervention and recommend intervention to these officers, but not require any further action. Even this passive system was too much for the less militant FOP leadership of 1994 to accept. This doesn’t bode well for the success of the current system under the new FOP leadership.

The Chicago media has uniformly neglected to report on this previous attempt to create an EWS within the CPD. They have also failed to report on lawyer’s claims that the CPD managed to make this early warning system functional at one point, but that a police officer deleted the lists of officers in need of intervention BrainMaker was generating.

Media Analysis
You can read the coverage below. All Chicago media coverage of crime and violence is captured through our Justice Media Project.

One of the main reasons the OSS is not being introduced as part of the disciplinary system is because it would need to be authorized through the collective bargaining system with the police unions. Since this system will not be authorized by the police unions and is not part of the disciplinary system, it is extremely unlikely that current FOP leadership would willing cooperate when officers are recommended for intervention. It’s much more likely that the OSS will create lists of police officers in need of intervention only for those officers to never seek services.

For the OSS to live up to its potential, the FOP as well as rank and file police officers either need to buy in to the program or be mandated to participate. Both seem improbable, as union leadership has shown they are more interested in supporting the narrow interests of their worst members rather than looking out for the well-being of the majority of their members.

When researchers from The Crime Lab describe the potential for this early warning system to identify the Jason Van Dykes and meaningfully intervene in their lives to prevent the murders of the Laquan McDonalds, they are not exaggerating. There is tremendous potential to identify police officers heading in a troubling direction and provide targeted support to prevent misconduct before it occurs.

Given this potential, one can’t help but wonder why FOP leadership would be against making OSS part of the misconduct system or mandating participation in interventions. Could it be because Catanzara himself would be very close to the top of the intervention list? This doesn’t seem out of the realm of possibility, especially given that he’s had four dozen or so complaints filed against him, the majority from internal sources. 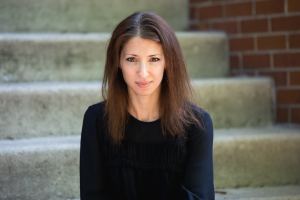