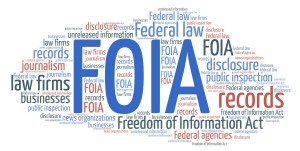 Both Superintendent Brown and Mayor Lightfoot has espoused support for community policing so there is every reason to believe that the program will see a resurgence in Chicago.

There is an intense mythology that has been built up around the CAPS program. The program had the good fortune to be correlated strongly with a significant drop in Chicago from the early/mid 1990s through 2014. I say correlation because the is no empirical evidence that CAPS had any significant role in contributing to the drop in crime Chicago experienced.

The major issue is that during this time there was somewhere around 19,000 policing agencies in America and at the same time Chicago experienced its drop in crime so did cities and states around the country. All reasonably at the same time and reasonably in the same percentages given some regional differences. Now, every two bit academic evaluating programs in the cities they live and work suddenly found significant results for the programs and policies of their local police department.

Simply impossible. The drop in crime almost certainly had to be caused by demographic and other shits in American. That is the only way the declines could be so universal.

This has not stopped police chiefs life Brown and reformers like Mayor Lightfoot to attributing the drops in crime to community policing.

In Chicago, it is even more problematic because community policing as original designed by community leaders (which is where it came from in Chicago) was much more focused on community empowerment and less about being centrally focused on policing. Academics at UIC and Northwestern redesigned the community driven version and Chicago got a policing program. Daley, and his academic collaborators were much more interested in empowering police then they were communities.

There is little doubting that CAPS provided a vehicle for citizens to feel as if they were empowered and had a role in saying how their communities were policed. This is not without its benefits. It is just better when they actually have the power they think they do.

One academic wrote about community policing in general as “cops getting a warrant from the community to do what they were going to do anyways”. Sadly, he is correct in many circumstances.

An alderman that is now long gone from the city council and off to greener pastures once told me that “CAPS is Mayor Daley’s re-election campaign and nothing more”.

Both quotes are true and devastating to the realities of CAPS in Chicago.

The reality is that CAPS was set up to fail from the start. If you are going to have a central way of policing it cannot be relegated to a program or an office. It must be infused in to everything the department is and does. Clearly with all the corruption and abuse at the hands of Chicago Police officers clearly community policing was not the CPD’s way of policing.

So, to prepare for the second coming of CAPS we figured it would be a good idea to examine for ourselves the real numbers associated with community policing in Chicago. I will tell you a secret. They are manipulated to show you something Daley wanted you to see. It contributed significantly to building the mythology behind the program. We are going to demystify it a bit by opening up this data.

In accordance with Definitions and Instructions below and the Illinois Freedom of Information Act, 5 ILCS 140 et seq, I request that You provide the following public records:

DEFINITIONS
“Any,” “all,” “any/all,” “any or all,” “any and all,” “and,” “or,” and “and/or” are always to be interpreted inclusively to the greatest extent legally permitted.

“Document” and/or “Documents” means any documents or electronically stored information of any kind—including writings, drawings, graphs, charts, photographs, video recordings, sound recordings, images, databases, and other data or data compilations—stored in any medium from which information can be obtained either directly or, if necessary, after translation by the responding party into a reasonably usable form.

“CAPS” means Chicago Alternative Policing Strategy, or community policing strategies generally, and should be interpreted inclusively to encompass all such policies.

“Beat Meeting” means regular (often monthly) meetings, held on all the beats in the city, where police and community residents meet to exchange information about conditions in the neighborhood, identify crime and disorder problems, and develop strategies to combat those problems

“You” or “Your” means the Chicago Police Department, and any or all attorneys, employees, officers, directors, bureaus, offices, agents, divisions or subdivisions of same.

If any information requested herein is withheld on the basis of a claim of privilege or other protection as material prepared in anticipation of litigation or trial, then that claim shall be made expressly in a writing that describes the nature of the Documents, Communications, or Things not produced or disclosed in a manner that will enable us to assess the applicability of the privilege or protection. With regard to each claim of privilege or protection, the following information should be provided in the response or the objection:

(a) the type of Document, e.g., letter or memorandum;

(b) general subject matter of the Document;

(c) the date of the Document;

(e) the nature of the privilege or protection;

(f) if applicable, the litigation or trial of which he document was created in anticipation.

(a) date of disposal, loss, or destruction;

(b) manner of disposal, loss, or destruction;

(c) reason for disposal or destruction, or any explanation of loss;

(e) persons having knowledge of the disposal, destruction, or loss; and

(f) persons who destroyed, lost, or disposed or the Document or Thing.

I look forward to hearing from you in writing within five working days, as required by the Act 5 ILCS 140(3).  Please direct all questions or responses to this FOIA request to this email address by responding to this email. I can be reached at tsiska@chicagojustice.org