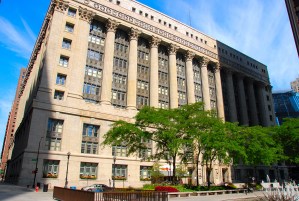 We are submitting our 10 Top questions for the hearing on Monday April 20th the Chicago City Council Public Safety Committee will be holding a hearing to confirm now interim Chicago Police Department Superintendent David Brown to the position permanently. This meeting, like many other of these types of hearings, is basically pure theater. It any alderman is going to ask serious questions it will only be allowed hours in to the meeting after the media has left and nobody is really paying attention.

The City Council, because they are holding this meeting virtually, is allowing residents to submit comments online. We plan on doing so and we thought we would format out comments in to what we believe are the top 10 most important questions to ask David Brown.

You can download the questions in PDF format here: CJP_Top10_Questions_for_DavidBrown

These are the questions we submitted.

1. In 2007 the Dallas Police Department change the way they determine what crimes are considered both aggravated assaults and batteries. An investigation by the Dallas Morning News uncovered that this change actually significantly lowered the violent crime statistics the Dallas Police Department (DPD) reported to the FBI through their Uniform Crime Report even though violent crime did not drop. As deputy chief at the time, you were named as being in the middle of it, supervising the lieutenant who led the effort. What specifically was your role?

2. A 2009 Dallas Morning News investigation found that the DPD altered the way they categorize car burglaries that resulted in thousands of those crimes disappearing from official crime statistics. It also forced the DPD to review 2,000 such reports to figure why they were discarded. Given that you were Deputy Chief at the time these events occurred what specifically was your role in these crimes disappearing from official crime statistics?

3. In an April 9, 2020 story from WBEZ Radio in Chicago they reported that despite the fact that overall crime numbers decreased in Dallas during your tenure as Chief violent crimes like homicides, rape, and assault were really unchanged. Considering there are serious allegations of manipulating crime data in the DPD during your tenure in the very specific categories that supposedly saw changes what credible data do you have to show that during your time as Chief of the DPD you impacted violent crime?

4. Was the incident involving LaQuan McDonald and Jason Van Dyke a murder or do you think the shooting was justified?

5. How familiar are you with the history of corruption & brutality with the Chicago Police Department (CPD)? For example, do you know who Jon Burge is?

6. Have you read the federal consent decree and is there anything in there that you intend to oppose?

7. How do you intend to deal with a Chicago police union recalcitrant to any kind of reform and believes that there is a massive conspiracy behind any reform efforts?

8. The phrase “community policing” means different things to different people. What is your definition of it, and what aspects of it do you plan to bring to Chicago?

9. Communities in Chicago routinely do not believe crime and violence statistics reported by CPD. Given during your time in Dallas the DPD’s statistics were also highly questionable so how do you plan to being integrity back to this aspect of the CPD’s activities?

10. Improper uses of force continue to plague the CPD including a horrific shooting just a few weeks back caught on video in the subway. How do you plan to change these practices so that Chicagoans can trust that the CPD will only use force when justified when they have a history of not doing this that spans decades?