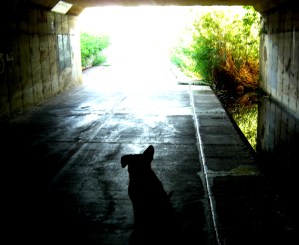 When all the voices you trust are locked within the same echo chamber it becomes very easy to think that facts and evidence are not integral elements of an argument. This is one of the reasons why the FOP’s arguments on social media and their blogs are lacking in evidence to support their conspiracy theories.

Here is a recent example. A blog posted on Aug 11th to The FOP’s blog The Watch. See what you think:

“One of the allegations made against Protess over and over was that he made promises of money to witnesses if they would change their story.”

This would be really interesting if the FOP had any proof. It is not evidence that a bunch of people within your echo chamber made that allegation over and over again. In fact, it is nothing more than sad. Outside your echo chamber the real world requires evidence and they have none. But hey, you have to give them credit for their persistence because they just continue to bring it up over and over again.

“Prosecutors on Tuesday unveiled documents that suggested students and staff with Northwestern University’s Medill Innocence Project arranged a visit from a female student as a “treat” for a prisoner, in addition to making unspecified promises, before he recanted his testimony in a 1993 murder and armed robbery case”

This one is an oldie but not a goodie. Some of the students that worked with Protest were female. So, the FOP and the Cook County State’s Attorney’s Office did what Americans have a couple centuries when you want to dis-empower a woman. You accuse her of using her body by either having sex or promising sex for something. Probably the worst was when Anita Alvarez did this. One would have figured the first female elected to the position would be less willing to deploy such tropes. Obviously, Anita has no such qualms.

Now I have never really been a fan of Protests. I always thought he was involved in the work more for the celebrity of it than the finding justice part. These are just my personal feelings but they did not stop me many years ago when I was presented with the sex allegations from a source I had in the State’s Attorney’s Office. I told the source I would help get it to the media if they could actually prove it. Radio silence. They never could prove any of it. Still haven’t.  One would have to question Anita’s independence if her and her office were pushing the same unproven conspiracy theories as the FOP.

Let’s take a quick run through of some of their tweets.

The real story here is that these lawyers hired by the city are destroying police misconduct narratives in the courts and the so called journalists like Hinkel and Newman are attacking them for doing so. https://t.co/iydwpriy3a

Sometimes I wonder if the FOP will ever run out of people to blame for police misconduct and the associated costs. Here he talks about bad city lawyers and a hint of the massive media conspiracy to make the cops look bad.

All this poor woman wanted was justice. This is so disgusting, so outrageous. https://t.co/EqEEvP4uQT

Yes, this is bad but who besides the actual killer is responsible? See, the Chicago media and the FOP have been pushing this theory of an alleged “no snitch code” in Chicago. Maybe in reality what it really happening is that people on the street know the CPD is not going to be able to protect them so they don’t cooperate. Obviously failing to cooperate is the safest path forward for people that have to live in these communities every day.

There is no doubt that Treja Kelley would still be alive today if she did not testify. That reality sucks but the police, the media, city officials, and the FOP need to shut their mouths and accept this reality. The real long-term solution is changing the economic realities in these communities. Until you do, pushing average people who have done nothing wrong to put their lives in jeopardy is stupid and will have nothing more than tragic consequences for our communities. One last thing – the CPD is basically powerless to protect witnesses, period. Anything else is a lie.

In Chicago, a murder witness is stalked and executed. Her life mattered. She testified in another murder. She was pregnant. She's dead. Compelling story by @chicagotribune reporters @ElviaMalagon, @JeremyGorner, @byaliceyin . https://t.co/D6KlNoHkpo

Another voice of none-sense heard. Kass believes these lives matter when they are ripe for exploitation but certainly not when we are talking about keeping their schools open, feeding them, or housing them. This is disgusting.

Also, just a quick note to the FOP and their supporters. Just because something appears in a motion filed in court does not make it true. 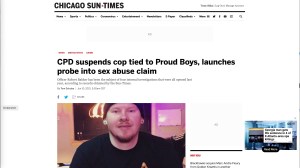