FOP Watch: Facts Don’t Stand in the Way of Knowing 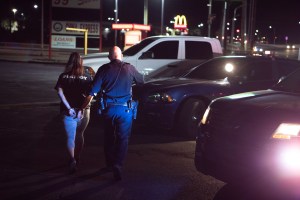 Florian Sohnke’s recent devoid of facts critique published on Medium attempted to hold the author of a piece published at Reason.com to account. The article on Reason.com covers numbers released by the Lucy Parsons Labs regarding the execution of search warrants by the Chicago Police Department. The Sohnkecritique is ideologically driven and devoid of facts to support their criticism but based in a whole lot of “I know” and “you should believe me” type of thinking. Let’s take a closer look.

“Before we expose the glaring mistakes in Ciaramella’s piece, it is essential to acknowledge up front police do commit error. During the course of policing of any kind, fault on the part of police must be considered. Although the margin of error is slim, police miscalculation can frustrate the public, fluster the department, and should periodically merit low-level disciplinary action taken against an officer. With this fact in mind, however, it is also imperative to note police error is infrequent and should be defined as such: Police misjudgment. Furthermore, it is also mandatory in any honest conversation over policing to recognize the instance of police error either injuring or claiming the life of an innocent is extraordinarily rare. Nonetheless, the demonstrable fact of honest police error is a rudimentary verity over policing Ciaramella fails entirely to take into account in his article on Reason.”

“…is is also imperative to note police error is infrequent and should be defined as such: Police Misjudgment.”  Strong statement. I cannot wait to read what Sohnke offers as evidence to support the argument. Waiting, … waiting, …..waiting……and nothing. I guess readers are just supposed to take the author’s word for it.

“Reason has been reporting on the scourge of wrong-door SWAT raids for more than a decade. Radley Balko wrote in 2006 about the frequency and tragic outcomes of botched raids. They are often the result of poor information and a failure to do basic vetting, like checking to see if the subject of a search warrant still lives at the address. But they’re also a consequence of the militarization of police. The use of SWAT teams rose from around 3,000 deployments per year in 1980 to as high as 80,000 a year currently.”

“Despite Ciaramella’s blundering over allowing for honest police error, his article is riddled with fault elsewhere. Flaws which demonstrate Ciaramella neglected to perform journalism’s basics, mainly research, among the most notable mistake Reason.com’s hotshot reporter commits is his insistence SWAT teams are heavily involved with the execution of search warrants in Chicago. An utter falsehood revealing Ciaramella failing at familiarizing himself with police procedure, a vast majority of search warrants are carried out not by SWAT as he contends, but rather by CPD’s Bureau of Organized Crime, Drug or Gang Enforcement units, or to a lesser extent, Bureau of Patrol.“

This is a one post in a frequent blog series covering the social media and media commentary of the Fraternal Order of Police and their supporters.

The reason quote is the only part of the story where they mention anything about SWAT teams. They never say anything about which unites within the CPD were conducting all the improper raids. One would think that if you are trying to criticize someone’s work you would pay closer attention to the facts. The reason quote is a little plug of their work on SWAT team raids, nothing more. This is the work product you produce when you are trying to criticize something without any facts to do so but you have plenty of ideology to go around.

“The distribution is all in the South and West Side, whereas in the North Side most of the points didn’t even get filled in. Barely any search warrants happen on North Side. It’s very clear that this is lopsided,” Chapman moaned.

This is journalism in the age of hatred for police.

Once again no facts are provided to counter the point being raised by data provided by the Chicago Police Department. Is the data wrong? If so, who is to blame for that? Is citing this internal CPD data obtained through a FOIA request an act of hate?

“Illustrating only a partial command over facts and no command over reality whatsoever, Ciaramella’s piece hits the skids when he cites several instances in which police were reported to have pointed weapons at children, handcuffed residents, and disrupted a birthday celebration. While the narrative appears unsettling and tugs at readers’ heartstrings, Ciaramella’s article portraying Chicago police as an immoral monster dismisses the hard and unlovely truth children under the age of ten are known to be conscripted into the service of the drug trade, pre-teens regularly fulfill various roles to facilitate the lively covert market for illegal guns, the movement of stolen goods or other criminal activity in high-crime neighborhoods, and many homeowners in high-crime neighborhoods, as a rule, provide alibis or outright lie to police to protect criminal acquaintances. Similarly, Ciaramella appears resistant to write over the fact drug dealers and gang members are notorious for using wives, girlfriends, and children, including infants, as human shields, thereby requiring the safety measure of inhabitants in a household to be detained and handcuffed by police.”

Are we every going to be provided with evidence? You have proof of “conscripted” kids under the age of ten? By all means show it to us.

“Nevertheless, what is truly dismaying with Ciaramella’s piece on the CPD’s execution of search warrants is the fact he ignores entirely the plain truth these actions are perfectly legal, are approved by a court, and occur in communities in which crime flourishes. While Ciaramella’s article endlessly bemoans alleged police error, he similarly throughout his essay slyly alleges police racism by nonchalantly referring to heightened police activity in Chicago’s West and South sides, neighborhoods known for higher concentrations of minority residents.”

I am little dismayed at the fact that anyone would say all the warrants were perfectly legal without showing evidence. You know that Shonke did not look at the all the warrants. Statistically you would have to think that at least 1 out of every 10,000 or so warrants was obtained illegally. When your ideology tells you they are all legally obtained and you are not constrained by providing your assertions you can say something that Shonke just did. Also, given the fact that CBS proved in a news story that some warrants were obtained illegally you probably shouldn’t say they were all legal. It just is easily proven to be wrong.

“Bearing in mind Ciaramella declined to perform even cursory fact-finding and relied almost wholly on vague statements and statistics decoded by Lucy Parsons, it is essential to provide a frame of reference so readers may make an informed judgment. For those willing to see reality, a citywide image of crime patterns furnished by heyjackass.com in comparison to an image provided by Matt Chapman representing neighborhoods in which police executed search warrants are virtually identical. A similarity so striking, it utterly demolishes Lucy Parsons’, Ciaramella’s, and Chapman’s contention police are motivated largely, if not entirely, by demographics.”

Wow, this is a pure Jedi mind trick Sohnke is trying pull over his readers. I do think that Lucy Parsons Labs probably should have done a deeper analysis that including citing a criminal justice expert to put the numbers they published in a little more context; however, the crime numbers published by Heyjackass are definitely less credible than the numbers produced by Lucy Parsons Labs. The Labs’ numbers come straight from internal CPD records obtained through FOIA. Heyjackass’ numbers come from media reports and various CPD and city sources. The introduction of using media reports definitely puts more chance for mistakes in their numbers verse the numbers produced by Lucy Parsons Labs. If you driven by ideology and not by facts then you are not constrained by facts either.

The problems with his critique did not stop the Spokesman for the Fraternal Order of Police from posting a link to Sohnke’s post. Great minds think alike, or something like that.

Pretty sad that the spokesman for a union of thousands and thousands of Chicago Police Department patrol officers would support such a critique that is so devoid of facts. 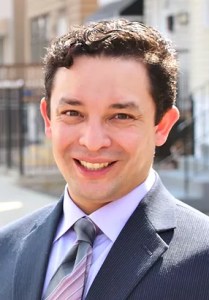 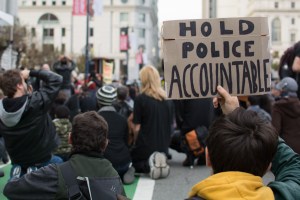 This brief covers public data found by past Chicago Justice Project (CJP) interns to understand the extent of the Chicago Police Department’s (CPD) accountability and transparency.