The Chicago Justice Project created our Justice 13 Mayoral Survey to make sure through all the noise around this mayoral election the candidates were put on the record answering some of the most important justice related questions our city will face over the next several years. Below are the questions posed and each candidates answers. We also detail the candidates that did not take the time to supply us with answers.

Each candidate for which we could locate email addresses for their campaigns were emailed links through Survey Monkey. After posting on Twitter about the survey we became aware that some campaigns did not get the email for whatever reason so we emailed each campaign a second time directly. We also posting a number of times on Twitter reminding campaigns about the survey. We had 6 candidates submit answers to our survey. Only one of the other 8 campaigns contacted us. We will comment on that reply and our interpretation of these answers next week.

#2 Will you guarantee that the Citizen Office of Police Accountability, the Chicago Police Board, and the Deputy Inspector General for Public Safety will receive nothing less than full funding as stipulated in the governing ordinances each year during your time as Mayor of Chicago?

#4 For decades the city has played a game of smoke and mirrors related to the costs associated with civil ligation for police misconduct. The city would budget figures they knew would never cover the true costs and then borrow tens of millions of dollars a year to cover the resulting gap. Among the various serious issues with these deceptive practices is that they have the effect of shielding the true costs associated with police misconduct from the public. Will you commit to only producing city budgets with the real expected costs related to police misconduct for every city budget through your time as mayor?

#5 Theoretically the City Council Committee of Public Safety has oversight on the Chicago Police Department and the police accountability system. Sadly, when it came to oversight of the accountability system and the costs associated with police misconduct litigation the committee was particularly negligent in their duties. Past mayors have exploited the committee’s laziness to funnel huge sums of money to favored law firms, avoid accountability for rogue officers, and keep all of this from public scrutiny. The Chicago Justice Project with the help of national and local experts on police misconduct has drafted the Police Settlement Transparency & Accountability Ordinance that was introduced by Alderman Waguespack last fall. This ordinance creates the strongest and the most transparent process in the nation for oversight of police misconduct and the resulting civil litigation. Will you commit to passing this ordinance as introduced in your first-year in office?

#6 Will you commit to working with scholars and community leaders to either introduce or expand restorative justice practices to all of the Chicago Police Department’s twenty-two police districts?

#7 Will you commit to having the City Council Committee on Public Safety hold a series of public hearings on the topic of surveillance and the Chicago Police Department that will include the following agenda topics:

b. Does the Chicago Police Department or the City of Chicago have any past or present contracts with outside companies that monitor or collect social media data, what companies are they contracting with, what information do they monitor and collect, who are they targeting for surveillance, and why is this surveillance being done?

c. What specific technology does the Chicago Police Department use to monitor first amendment guaranteed activities like protests, what information is collected or monitored through the use of these technologies, and who is target for this surveillance?

d. The Chicago Police Department has a long history of spying on community organizations, unions, and political groups through infiltrating their organizations and attending organizing meetings. What guidelines are in place to direct this surveillance of first amendment protected activities?

e. How many community organizations, unions, and political groups has the Chicago Police Department put under surveillance over the last ten years and why?

f. What process is in place to make sure these types of surveillance are not violating the first amendment rights of those under the surveillance?

Q8 Over the last several months a topic of great public concern has been the collection, storage, and distribution of data related to an individual’s alleged gang membership. Media reporting during this same period has documented many problems with the quality of this data and the distribution of this data to outside government agencies on the state and federal level. Will you commit to a series of public hearings in the Chicago City Council that will include the following agenda items:

a. What guidelines are in place that direct how and why members of the Chicago Police Department collect this information from members of Chicago’s 77 communities?

b. What internal standards are in place across the Chicago Police Department and their approximately 13,000 sworn officers to control for errors and data validity for the data being entered in to their databases regarding gang membership?

c. Who within the Chicago Police Department can enter data in to their internal databases regarding gang membership of Chicago residents?

d. Exactly what outside agencies across Cook County, the State of Illinois, and federal level agencies have access to internal Chicago Police Department data regarding the gang membership of Chicago residents, what is the process by which they get access to the data, and for how long have they had this access?

e. What laws or written agreements are in place mandating that data regarding the gang membership of Chicago residents be shared with the outside agencies?

f. What processes exist for people to seek to remove themselves from being associated with a gang in the Chicago Police Department’s data?

Q9 The use of technology across an urban police department like the Chicago Police Department is spreading very quickly. Will you commit to mandating that the City Council hold a public hearing every year to convene a public discussion on the pros and cons of using each piece of technology, explain to residents the capabilities of the technology, and detail what if any data is being captured by these technologies?

Q11 Which of the current proposals, if any, for a community oversight board do you support?

Q12 Will you commit to using your office to make certain that the 13 changes in the Fraternal Order of Police contract recommended by the Police Accountability Task Force will be made?

Q13 Will you commit to having both the Chicago Police Department and the Office of Emergency Management & Communications conduct an inventory of all the databases they maintain, what fields are collected in each, and how far back each database goes so that we can have a public discussion about what of those databases should be made publicly accessible through the City’s data portal? 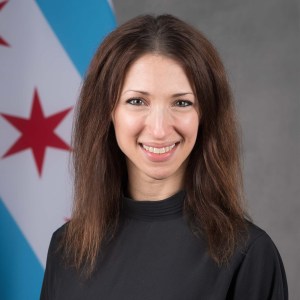 On today’s show we feature a interview with Chicago Inspector General Deborah Witzburg discussing the case of Chicago’s Proud Boys cop. As it has been 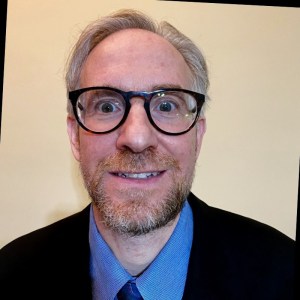 How Much Does the CPD Cost?