Analysis of IPRA’s first four years of operations uncovers that their rate of sustaining citizen complaints against CPD officers is identical to its predecessor and also hundreds of taser investigations they are required to conduct by city ordinance are not being completed. 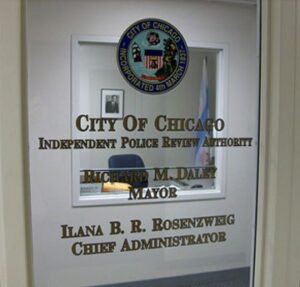 We urge the Independent Police Review Authority (IPRA) to move towards releasing case-level data that can truly be used to inform communities. This public data can be used to significantly increase community understanding and trust in the police oversight system in Chicago. Communities must be empowered with the ability to track a complaint through to a final disposition, something that is currently impossible given the restrictions on data. IPRA’s resources will need to be expanded, as IPRA is currently an underfunded agency whose funding has not kept up with its growing responsibilities. As a condition of expanding IPRA’s resources, mandates for transparency must be attached to any increase.

In 2007, IPRA was created to replace an internal Chicago Police Department office, the Office of Professional Standards (OPS). At the time of its closure, OPS had lost the trust of community members throughout Chicago and IPRA was tasked with rebuilding trust in the civilian oversight of police. IPRA’s many critics accuse the organization of being no different from its predecessor. Here, CJP provides an independent analysis of the available data to determine how distinguishable IPRA’s operations are from those of OPS.

The Chicago Police Department greatly expanded the deployment of tasers to include beat officers in 2009. This dramatic increase in the deployment of these weapons not unexpectedly led to a dramatic increase in the use of the weapons (see chart B). The ordinance that created IPRA mandates that IRPA investigate every discharge of a taser. The number of taser discharges quickly outpaced IPRA’s ability to investigate each incident because their resources were not also increased accordingly.

Currently, IPRA only thoroughly investigates discharges if a community member files a complaint, if a community member who was tased sustained injuries beyond the use of the taser, or if a juvenile, senior citizen, or pregnant woman is tased. This translates to hundreds of taser discharges per year that are not thoroughly investigated. This is especially alarming given the July 20, 2012 report by the Chicago Tribune stating the fact that, while taser discharges have greatly increased with the expansion in the deployment of tasers, officer involved shootings have not dropped as expected (see Chart C). Thus, we see that tasers have not replaced the use of deadly force but have instead been used in situations where deadly force would not have been justified. Tracking Complaints and Outcomes for Communities

There is little doubt that IPRA is more transparent than OPS. Yet, there is still far too little information being made available to the public. IPRA needs to make strides away from just providing aggregate totals and start providing the substance of complaints and the results of any investigations that stem from the complaints, regardless of the outcome of the investigation.

What is IPRA really telling us when they list investigations closed in what is labeled as Table 1 of their annual reports? Well, that really isn’t as clear as one might think. It basically consists of any and all investigations they conduct. That makes sense until you start to look deeper and see that it is a lot less clear than transparency advocates would like. Here is what goes in to that number:

All completed investigations stemming from citizen complaints – these types of investigations are called CR investigations or Complaint Registry Investigations. The results of those investigations are actually listed in table 3 of IPRA’s annual report. One would hope that these are full investigations, which require an in person interview of the offending officer by IPRA investigators. The problem with this assumption is that it is wrong. There are circumstances when IPRA will only require the officer to fill out a form or report, traditionally called a “to-from” report, about the incident. Try as we might, attempts to get a full picture about when these reports are or are not used from IRPA over the last few years have been worthless. The answer we get is, “It depends on the circumstances.” So, maybe a high number of those closed CR investigations include an in person interview of the officer. Maybe they don’t. IPRA is far too restrictive with their data for us to know. I guess we are left with the old Chicago saying, “Trust us.”

As we have noted, many of these “investigations” are nothing more than reviewing a police report and taser discharge printout. How many you ask? Well, since IPRA has no idea, neither do we. Since IPRA reports little to no data about their taser investigations, we have no idea how many they fully investigate, how often citizens complain, or how many full investigations stem from the tasing of juveniles, senior citizens, or pregnant women.

Now if you want to know if the CPD is not using them disproportionately against people of color, youth, women, or against people that live in certain community areas you are out of luck. When I asked this summer about whether or not IPRA monitors use of taser by unit or police district I was told they do not. They were not really able to give me a reason why they don’t. It might be that they lack the information technology to do that kind of comparison. Considering Chicago’s rich history of abuse and corruption against certain communities, you would think that IPRA would put more effort into making sure that a dangerous weapon like tasers is not being used improperly.

So what exactly IPRAs annual report is telling us is anyone’s guess. Of course it is well laid out and it looks like they are reporting a lot of data. The problem is that little to none of the data fits CJP’s definition of actionable, meaning it is in a form that communities can easily understand and act on to engage the system. There is definitely more information in IPRA’s annual report than was included in the CPD’s annual report about OPS’ activities. While this is typical graded as an “A” by Chicago’s government transparency community, we are not so easily fooled. If communities cannot find reliable information about what IPRA really does, than transparency falls short. No matter how much better it is now, it is still horrible. It is so typical for Chicago institutions to provide us just enough info to look good but not enough to actually monitor how they are going about their everyday business. Anything short of real transparency that releases actionable information is an “F” and is unacceptable. IPRA should move immediately to implement our recommendations, instead of trying so hard to impress Chicago’s communities with worthless data. IPRA has the ability to dramatically increase the faith communities have in the accountability system in Chicago but nothing less than real transparency will do. Lesser efforts will continue to make the organization indistinguishable from OPS, as it is now viewed in much of Chicago.

For IPRA’s data we used their annual reports for 2008-2010. They are a separate city agency so they produced their own annual report. For the year 2011, IPRA has yet to produce an annual report. So we used data gathered from their quarterly reports, which have been made public and are up to date.

In 2006 the Illinois General Assembly passed a law mandating that any citizen that files a complaint against a police officer has to sign a sworn affidavit, which carries a penalty of perjury if the complaint contained false information, in order for an full investigation of that officer to occur. A complaint that is not accompanied by a sworn affidavit can receive only a cursory investigation unless other corroborating evidence is uncovered through the limited investigation. This undoubtedly had an impact on the work of OPS for the last 20 months of their operations. Yet, OPS did not parse out how many cases they had that lacked an affidavit so it is impossible to know the impact. IPRA has always operated under this law and has reported data parsing out the no affidavit cases from the total number of cases they investigate, thus it is possible to judge the impact. 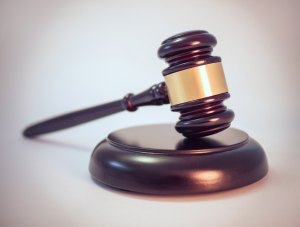 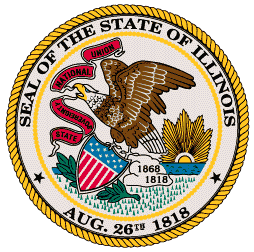