On Sunday June 14th the Chicago Tribune ran a story by Megan Twohey titled “Police Put Rape Kits on Hold”. Through the use of Illinois’ Freedom of Information Act Twohey examined the rate at which 13 large suburban policing agencies submitted rape kits for testing to the Illinois State Police Crime Lab. Twohey’s examination revealed that a full 40% of the rape kits collected by these agencies were never sent for testing but instead shelved within the department. Individuals within the criminal justice system should not be empowered with the discretion to decide what evidence the crime lab tests and what evidence it does not. This is especially the case when you consider the evidence in question is from a complaint filed for rape, or aggravated criminal sexual assault here in Illinois.

Reason for not submitting rape kits for testing:
If the victim:
Recants the allegations
Doesn’t want to press charges
Is found not to be credible
If the case is not strong
If suspect acknowledges he had sex but says it was consensual
If the State’s Attorney’s Office refuses to prosecute
If the offender left the state
If the youth is in a residential treatment facility in another state

Quotes from Police Officials:
“Part of it is, you want to see where the case is going before you use those resources, how it is going to shake out.”
“adding that police can always pull kits out of storage if they later decide testing could prove valuable”
“Are you going to get a confession? Is there a suspect? Do we want to put things in the pipeline and system without knowing for sure we’re going to need it? If every department sent in every piece of evidence to be examined we’d bring the system to its knees.”
Kurt Bluder, Deputy Chief of Downers Grove Police Department

“His office takes sexual assault seriously but determined it would not win this case because the offender had no criminal history and the victim had been drinking and had initially expressed interest in having sex with the offender.”
“It would be wrong to submit a kit in this case and have {the accused} branded in CODIS” Combined DNA Index System, a database of DNA profiles secured from rape kits and convicted felons.
DuPage County State’s Attorney Joe Birkett

Statistics Twohey used in the story:

These statistics represent a system that does not take the crime of sexual assault seriously. It represents a system stuck in a sexist way of approaching a crime that is endemic in our society with the disdain expected 20 years ago. Advocates for survivors of sexual assault have and continue to work very hard to educate the public and criminal justice officials about how sexual assault is not a rare event, but a common event in our society.

More information is needed to better understand the scope and significance of these findings. With the available data, it is impossible to track the race and social status of the individuals in cases where rape kits were sent for testing and those for which the kits were not sent for testing. The data provided in the story clearly details that discretion at both the policing and prosecutorial level is playing a role in when a rape kit gets tested. Citizens of these communities need to have greater insight into what role race and social status play in the decision process.

In 2008 Jody Raphael, a Senior Research Fellow at the Schiller, DuCanto & Fleck Family Law Center at DePaul College of Law, published a report titled “Taking Rape Seriously: Sexual Assault in Cook County”. Raphael’s report only uses data from the Chicago Police Department, but the Chicago data gives a glimpse into how race plays a role into who does or does not get arrested for rape.

A Key Finding:
“It is important to note that according to the Chicago Police Department’s 2005 Annual Report, 71% of defendants arrested for rape were African-American, 23% Hispanic, and 5% White. That the overwhelming majority of these cases found to merit arrest by the Chicago Police Department involve persons of color as both the victims and defendants is startling and raises serious questions,” (Raphael, 2008, pg. 4).

The crime of sexual assault is most often committed by an acquaintance of the victim, 80%, rather than a stranger, 20%. From reading the story and looking at the suburbs examined it is rather easy to take the next step and estimate that the majority of the cases being passed over by these policing agencies are acquaintance rapes involving white middle class men. If law enforcement agencies do not move away from the limited and antiquated perceptions of rape in our communities and homes they will always be lacking in their responsibilities to protect over half our population. 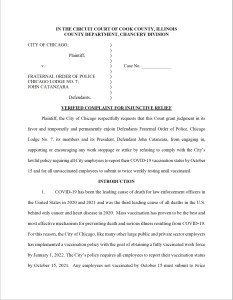 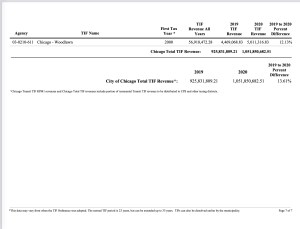 Business Community Refuses to Give up TIF Grift