On April 29th Associate Cook County Circuit Court Judge Thomas V. Gainer, Jr. handed down what can only be categorized as a truly incredible ruling. Gainer’s ruling on the Jefferson Tap bar fight involving police officers relies on an implausible interpretation of events, which in reality, constitute hard evidence of the existence of the “blue wall of silence.”

The majority of attention to this case has centered on the fight between off duty members of the Area 4 Gun Team and civilians inside the Jefferson Tap bar. However, the most critical aspect of this case is the additional set of charges of official misconduct and obstruction of justice filed against a single officer, Jeffrey Planey. The charges stem directly from the notion that responding officers failed to take action when arriving at the scene of a hold up alarm call that was down graded to assault in progress including 20 people in a fight because Planey waived the officers off.

The video from outside the bar clearly shows Planey engaging officers and officers not taking action. One officer did actually talk to one of the civilians that were engaged in the events inside the bar but left the scene shortly after talking to the individual. Judge Gainer interprets this action as the officer realizing through this short engagement that the individual was drunk and left the scene because the individual was intoxicated. For Gainer’s interpretation to be valid this type of behavior by Chicago Police of showing up on the scene where 20 men were reported to be in a fight, including officers, and leaving because one of those in the fight was intoxicated must be routine and appropriate. Can this be true? If it is then the reality of how our communities are policed is worse then even I believed.

The decision quotes testimony from responding officers who say they were never ordered to leave the scene by Planey, but they left the scene none-the-less. What is completely absent is any evidence that there was not an active conspiracy to engage in obstruction of justice that night by all the officers involved. If everyone engaged in an act has the requisite knowledge of what is happening and actively participates in the act then a conspiracy is what you have. This is really the most troubling aspect of the entire case, responding officers arrived at a scene were reports of an active fight were reported including 20 people, some of which were officers, and only one officer got out of the car to investigate at all. As a result of one individual involved being intoxicated the entire investigation into the fight was halted. The intoxicated individual was not even the person who sounded the silent alarm seeking police response.

Chicago’s history is replete with examples of preferential treatment given to officers who abuse the public, break the law, and wreak havoc in communities of color throughout Chicago. There is little doubt in my mind that had the officers been on the losing side of this interaction that the ruling about the seriousness of the fight would have been different. We will never know exactly what happened in the bar that night and what caused the violence to start and continue. What we have overwhelming evidence of is that responding officers left the scene after responding to a report of 20 people fighting with almost no investigation. They did so because an officer or officers were involved and they did not want to have an investigation. The trial judge somehow interpreted this as honest police work while serving and protecting the community from violence. This ruling does not stand any litmus test of being grounded in reality. The consequences of this ruling are serious and citizens of Chicago need to be aware that if you are assaulted by an off duty officer calling 911, or pressing a holdup button, will not bring help if the officer involved waives his hands. A secondary consequence is that Gainer communicated to other officers that there is no criminal liability for leaving the scene of a violent fight if an officer is involved as long as he does not order you to leave. Leaving on your own is entirely appropriate. 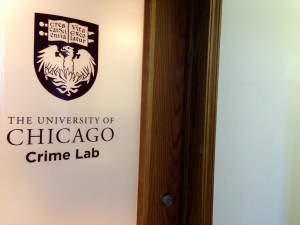 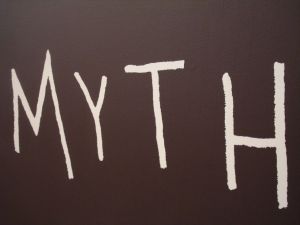