The decision by Mayor Richard Daley and Police Superintendent Jody Weis to deploy assault weapons on the streets of Chicago has been made without providing a demonstrable need for the weapon.  Over the last several weeks, the Chicago Justice Project has made inquiries to find out what information the Chicago Police Department used to make the decision to deploy this weapon.  Our inquiries uncovered a dangerous lack of knowledge of past practices that could have informed present decisions.  Present day practices of information gathering by the Chicago Police Department are lacking and are incapable of informing the ongoing decision-making process regarding any need to deploy the assault rifles for their use by patrol officers. The Chicago Justice Project does not take a stance on the deployment of assault rifles other than to question the process used to make the decision to deploy the weapon.  We do feel that there are inherent risks to both the general public and police officers alike with the deployment of an assault rifle to domestic police agencies. The risks involved must be weighed against past experiences and current circumstances to allow authorities to make a completely informed decision.

The Chicago Justice Project made three specific attempts to the gather information that we believe should have been used to inform decisions made by the Chicago Police Department regarding the deployment of the M4 carbine.  The Police Department’s response to our inquiries demonstrate that the department is more concerned with blocking access to information and that it lacks the necessary data to improve its decision-making process.   Decisions regarding public policy must be made openly and transparently, by taking into consideration past practices and their impact as well as the best information available about the situation we presently confront.  The actions of the Chicago Police Department to block access to information that could inform both policy makers and the public are inappropriate and disappointing.  Superintendent Weis took the job on the heels of a significant scandal of abuse at the hands of the Special Operations Section and other widely publicized scandals.  One of Superintendent Weis’ goals when he accepted the job was to restore relations between Chicago’s communities and its police personnel.  Transparency is a significant requirement for there to be improved relations between the Department and the public.  With the denial of our requests the Department has only continued a pattern of blocking access to critical information that could inform both the public and policy makers.

Below you will find detailed accounts of the information we were able to gather about the deployment of the M4 assault rifle.  Meeting With Weis:

On July 28th the Chicago Justice Project in association with the Chicago Coalition for Police Accountability met with Superintendent Weis and members of his staff to gain insight into the information they used to make their decision.

Question:  Why is there a need for the M4?

Answer:   The deployment was motivated by the need for the Chicago Police Department to respond to “low frequency events” like Columbine or “active shooters” like the events recently at Northern Illinois University without having to wait for SWAT teams to arrive on scene.1    This motivation does not square with the reality of the deployment underway by the Chicago Police Department.  The Department is deploying the weapon to any officer who volunteers to undergo training and carry the weapon.  This means that the weapon will be randomly deployed over different shifts and different districts depending on the will of the district’s patrolmen.  As it is now, the only way the Chicago Police Department will have an assault rifle at the scene of a “low frequency event” will be mere coincidence.  We question if this is how an urban police agency should deploy its limited resources to respond to “low frequency events.”

Fact: From 2003-2007 there were over 25 million calls for police service to 911.  Of these calls there was not a single Columbine like or active shooter incident.2

Question: How many times did Chicago Police officer’s report being fired at from assault weapons in the last year?

Answer: We were informed that the M4 could be used anytime an officer felt the need to use deadly force.  We asked this question to help us understand to what degree statistical data about past experiences of the Chicago Police Department were being used to assist the Superintendent with his decision making process.  Because of our previous inquiries with the Research and Development Division of the Chicago Police Department we knew that the Chicago Police Department did not collect this data (see RDD below).  This response is also a complete contradiction of their earlier stated reason being solely based on “low frequency event”.  If the weapon is being deployed to be used in the City on a daily basis then community members and policy makers need to be informed and included in the decision making process to deploy this weapon.

Question: We asked the Department if they have drafted a new general order to provide guidance about when and how the weapon should be used on the street by officers.

Answer: We were informed that they neither drafted, nor planned on drafting any such guidelines.  Officers could use the M4 consistent with the current use of force policies.  This answer definitely provides evidence to question the “low frequency event” motive for deployment of the weapon. The Chicago Police Department has deployed high powered weapons with patrol officers in the past.  Beginning in the mid-1960s, the Chicago police deployed shotguns in patrol vehicles.  This experiment with shotguns was relatively short lived.  Eventually, the weapons were removed from patrol vehicles amidst an outpouring of community protest and resentment.  Today, Chicago Police Department policy requires District Commander approval for shotguns to be removed from the district stations to be deployed in the field.

Question: We asked if any members of the department that were present had knowledge of why the shotguns were removed from the patrol cars.

Answers: The group answered with silence.  Then asked why?  We told them that it seemed important to have as much information as possible about a previous failed deployment of a high powered weapon.  We believe that this information should play a significant role in future decisions to deploy high powered weapons.  Deputy Superintendent Tobias claimed that because it happened before those officers present at the meeting had joined the force, they did not have the ability to know.3   Superintendent Weis commented that the rounds from M4s are much safer than “slug” rounds fired from the shotguns.  He continued to say that the “slugs” can go through cars where rounds from the M4 will be stopped.4   Currently the rounds that are used by patrol officers when they are given authority to use a shotgun are buckshot and not slugs.  Buckshot rounds are significantly safer than either slug rounds or the rounds fired from the M4.

Question: Would past sustained Complaint Registry files (CR), citizen complaints against an officer, for abuse or misuse of a weapon prohibit an officer from carrying the weapon?

Answer: We were informed that the Department considers these to be two separate issues and sustained CRs would not prohibit an officer from carrying the assault rifle.5     Currently the bullet proof vests that Chicago Police Officers wear are rated to stop the bullet of the gun they and their partner carry.  With the deployment of the M4 officer’s vests will no longer be able to protect them if the M4 is taken away from them and used against them, their partner, or any other officers on the scene.

Question: Is the Department going to upgrade the vests of officers to protect them from rounds fired by the M4?

Answer: When questioned about this fact we were informed that because of the “low frequency” of an officer having his gun taken away and used against him the department does not want to burden the officers with the extra weight of the new vests.6   CJP participated in a conference call with Colt Manufacturing’s General Council Jeff Grody on July 21, 2008.  During this call, we were informed that officers would need to wear level three vests that weigh approximately 38 lbs.7

Answer: Deputy Superintendent Tobias acknowledged that the distance a round from the M4 can travel is a matter of concern.8   Sgt Ray Hamilton and Superintendent Weis’ Chief of Staff Mike Masterson immediately countered Tobias’ comment.  Hamilton stated that because the weapon is being used in an urban area the round will hit something before it travels its maximum distance.9

On July 8, 2008 the Chicago Justice Project filed a request for data from the Research and Development Division (RDD) section of the Chicago Police Department.  We requested the following data from the RDD: The number of murders in Chicago as a result of high powered weapons or assault weapons from 2002-2007.

R&DD Response: “Unfortunately, the data you are seeking is unavailable in an accessible format.  The data cannot be easily queried and would require staff to review case report narratives.  Such a review would be unduly burdensome to complete”10

This confirms that the Chicago Police Department is not basing their decision on data that proves a trend in the use of increased fire power by street gangs.

This request was submitted to determine if the Chicago Police Department had issued a new general order concerning the deployment, training, or purchase of the M4.  The denial of the request confirms that a new specific general order was not authored to detail when the weapon can be used.  This fact also lends credibility to the fact that the weapon is not being deployed solely to improve officers’ ability to respond to “low frequency events”.  If the weapon were to be used only in the extremely rare “low frequency events” then CJP would have expected that a general order would have been issued detailing strict regulations governing when the weapon can be used.

The roots of the Freedom of Information Act are grounded in the ability of citizens to have access to documents that detail how the government is spending their money.  In denying this request the Chicago Police Department brought forward exemptions that are not based in any factual basis.  Some of the exemptions went so far as to claim that releasing how many M4s the Department bought would interfere with pending or foreseeable administrative enforcement proceedings.  This exemption is used to protect the integrity ongoing or foreseeable internal disciplinary proceedings.

The appeal to the denial of this request is pending.  The denial of this request confirms what we learned when the Chicago Police Department issued an addendum to the Department Approved Weapons and Ammunition general order # 07-01 on August 11, 2008.  From this addendum we learned that the Department will allow officers to purchase their own weapons.11   This would require that officers not only travel to and from work with the weapons in their vehicles but that the weapons are stored at their homes when the officer is not on duty.  The unregulated movement and storage of these weapons throughout the city greatly increases the likelihood that some of these weapons will end up on our streets and in the hands of criminals.
By Tracy Siska and Joey Lipari from the Chicago Justice Project 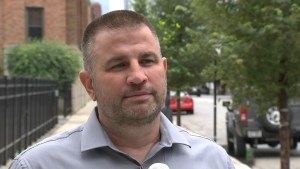 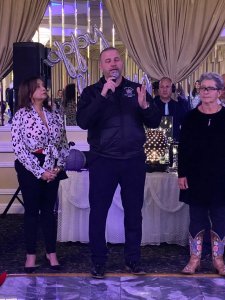